The process of creating a painting… 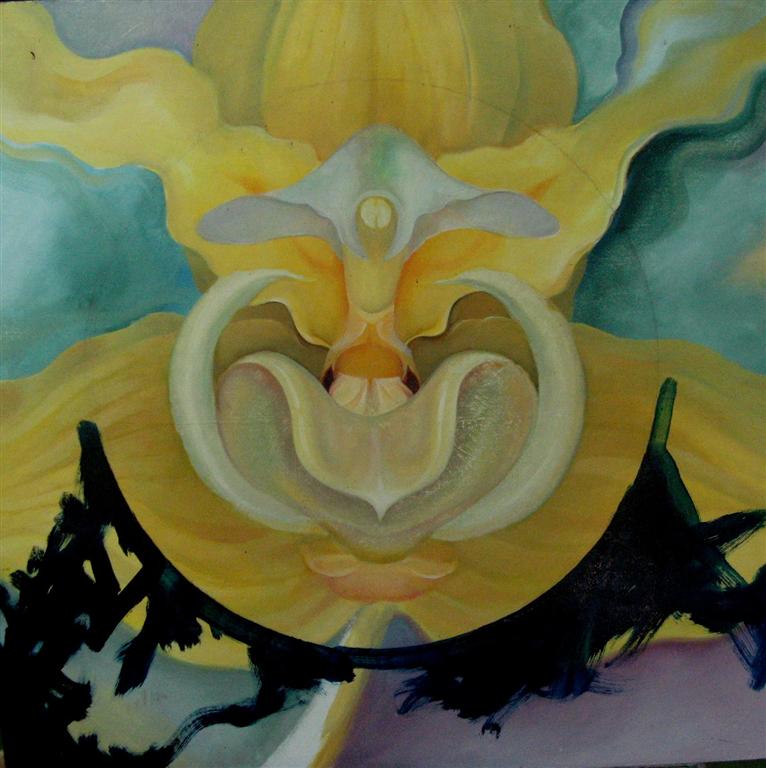 OK….at the suggestion of a couple friends, i am going to share the process of creating a painting. Here, i have posted the beginning of the piece i am now working on, and then a later development of it, as it looks this morning…and i will post another stage of its morphing as i go. I do not yet know where this vision will go, so, for me it is exciting, as are the realms of the unknown, for me.  It feels like this painting is seducing me. There is a mystery in it for me. 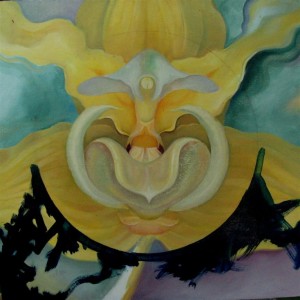 ***Image #2, the process as the painting morphs: 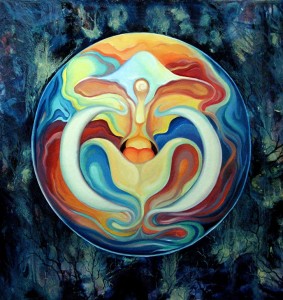 An here is how it is developing, now. I feel strongly drawn to this sensuous orb, and the living flow of colors within it…and the haunting forest background that is morphing into existence as well.

It feels delightful to be painting this!!! And i will post an update of the next stage of this vision. Off i go to paint!!